This photo pretty much epitomizes York, England– and, to be fair, most small towns and cities in the UK: 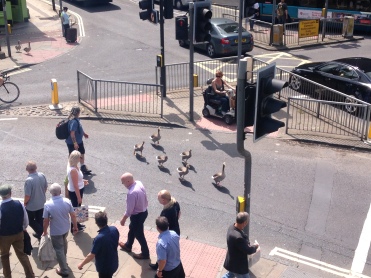 They’re sleepy, homogeneous (skewing whiter and older), and nowhere is the prevalence of motorized scooters and mini malls higher. But the quaint scenery and relative calm makes for a nice escape from the big city (and, let’s be honest, a bit of incentive to get back to it…)

York’s only a couple hours from London by train and don’t get me wrong: there are plenty of young people in York– it’s a university town and it’s certainly not dead. But a goose traffic jam sure does make it easy to joke about the pace of life there.

Everyone and their mom conquered York, including, apparently, a Viking named Ivar the Boneless. In a callback to its rightfully-more-paranoid times, a restored version of York’s fortifying walls remains, though now they’re just for tourists.

The River Ouse flows through the city, its banks tidy and tree-lined… 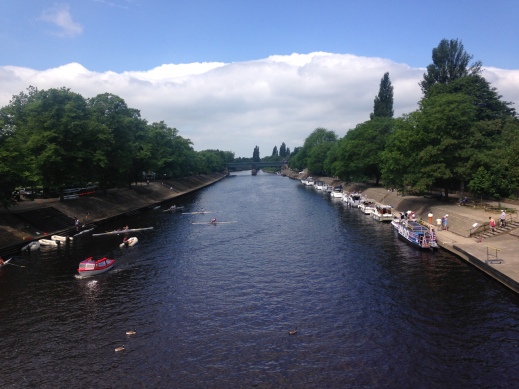 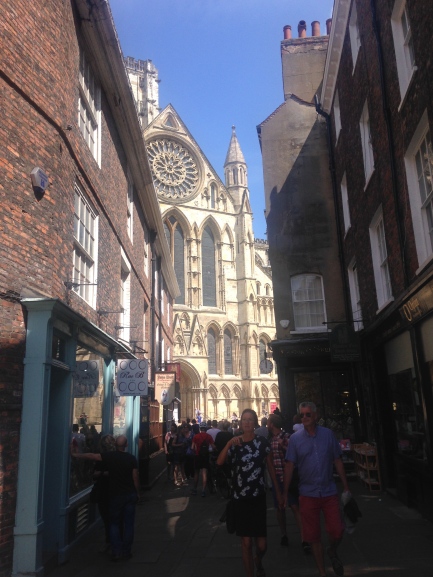 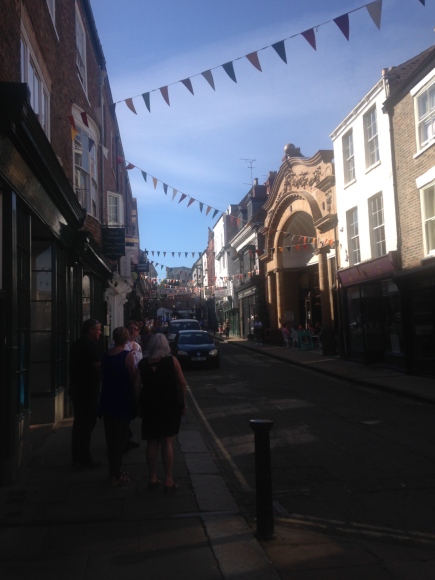 It feels a bit like playing pretend when you climb the stairs to walk along the city walls – you’re a knight, or a lady, defending the kingdom from advancing armies or dragons or an evil wizard or worse – my kid self would’ve eaten this up, but old me was pretty excited, too. 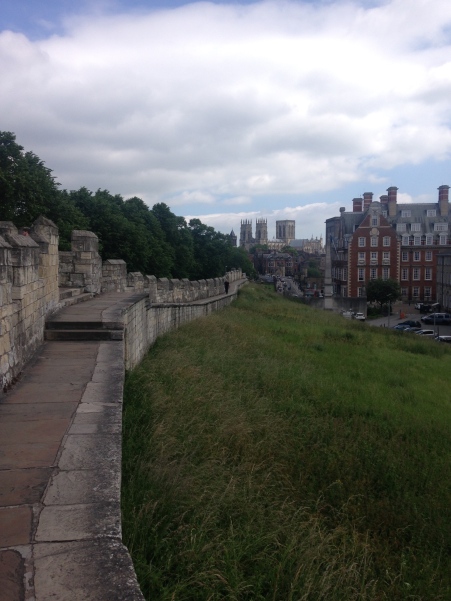 Guess what: you can also have coffee atop the wall. Glorious. 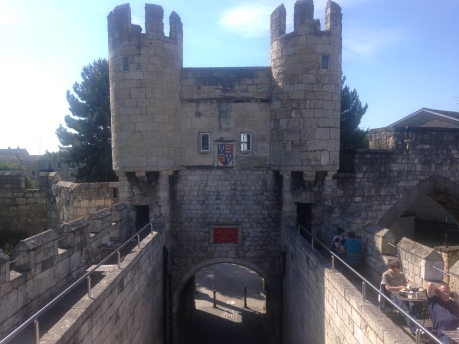 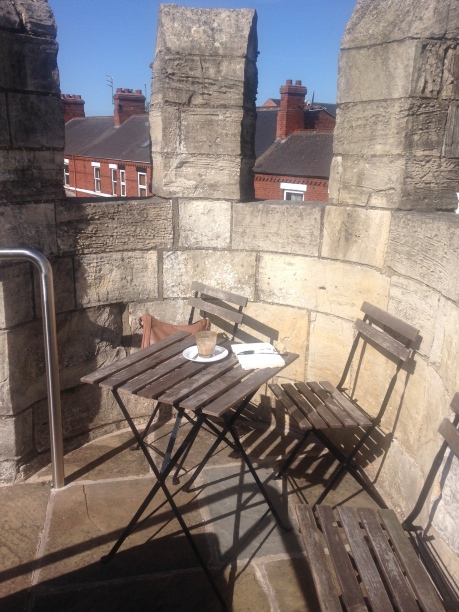 But my favorite scene in town was Brew York, where I took a tour with ten dudes and drank some great beer. 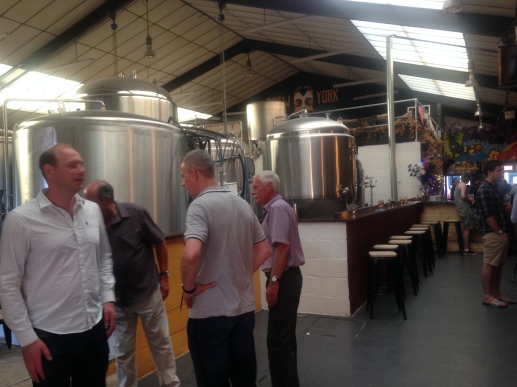 On my way out of town, I took a stroll by Clifford’s Tower, which looks quite lovely on its little hill but has seen some really gruesome *hit (this could be said for at least 90% of the UK’s historic heritage sites, I’d wager). 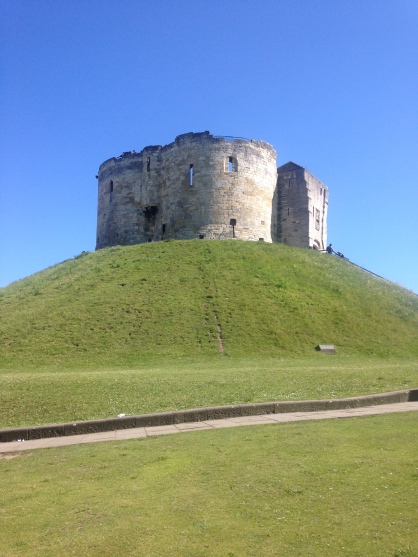 All in all, York is definitely worth a day or couple-day trip– maybe even more if you want to hike in one of the nearby parks or explore some of the other tourist attractions in town, of which there are plenty.