I’ve sung the praises of France’s wonderful network of hiking trails before– it’s one of the things I miss most about living there. But I haven’t yet shared the five days I spent on one of the most glorious of those paths: the GR4, through the Gorges du Verdon in southeastern France. Le throwback…

Sometimes called the “Grand Canyon of Europe”, which does justice to neither place, the Gorges du Verdon is a river canyon winding through Haute-Provence. I made almost no preparations beyond buying a good hiking map and this “Topoguide”, and reserving rooms in bed-and-breakfasts near the trail (I frequently hike alone but am not experienced or equipped-enough to feel comfortable camping alone). Pretty much everything, right down to the electric blue color of the coursing river, was a delightful surprise.

My route: train to Nice, bus to Castellane, then walking the trail with overnight stops near Rougon, La-Palud-sur-Verdon, Moustiers-Sainte-Marie, and Riez.

-The little 12th-century chapel overlooking Castellane on a hill covered in flowers – snapdragon, lilac, heather, dozens more – and supervised by an ancient statue broken in half at the waist. Castellane’s narrow streets were marked with signage commemorating the passage of Napoleon’s army. 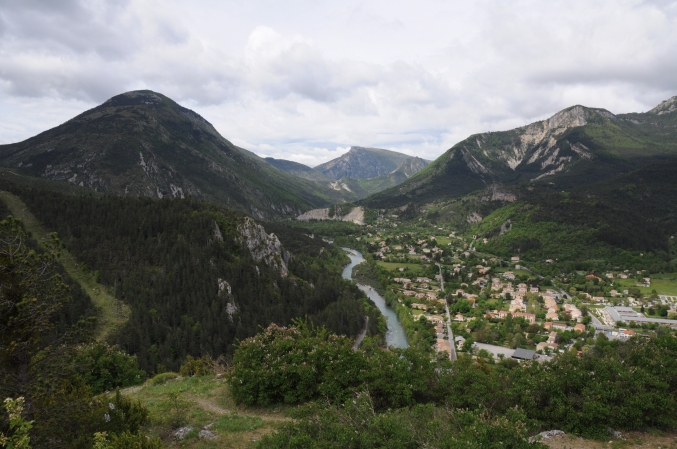 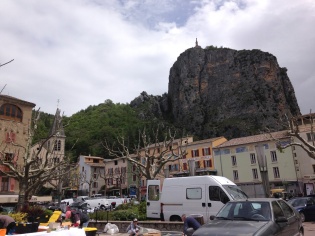 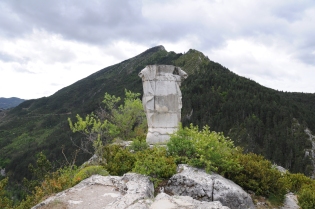 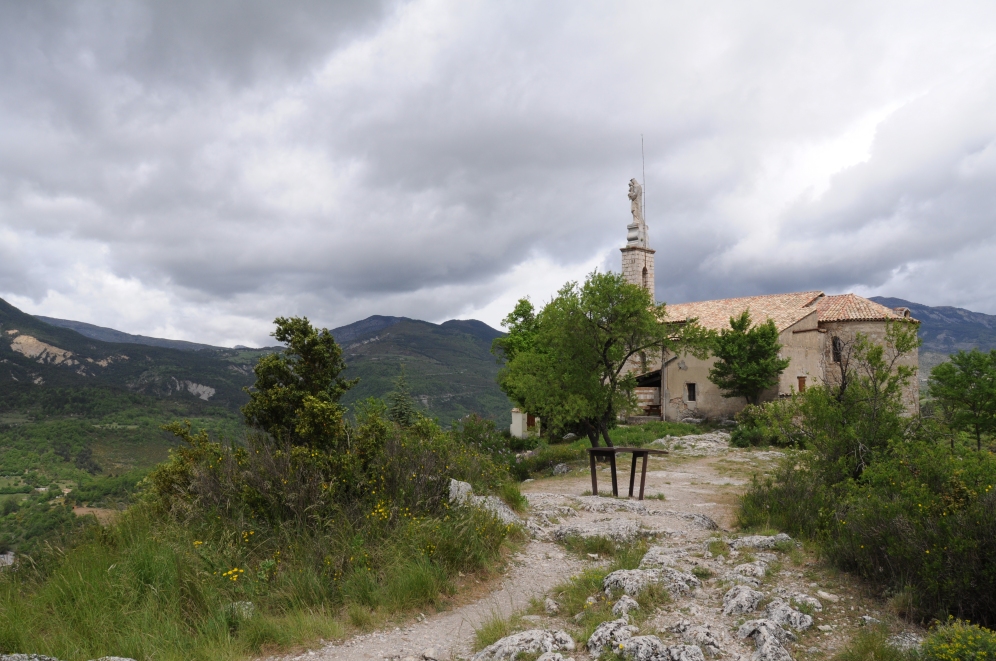 -Sitting at a crêperie in tiny Rougon after a morning spent hiking from Castellane, through rugged hills and over the slightly unnerving remnants of a landslide. The weather: breezy and sunny, a gentle friend that kept me company as a looked out over the mountains and the Verdon River and drank the fresh air (and hard cider). 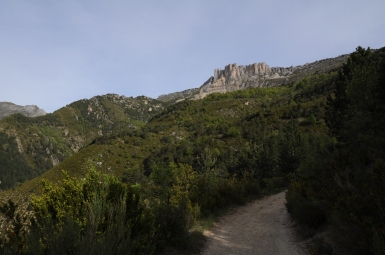 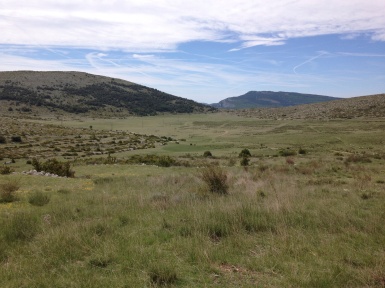 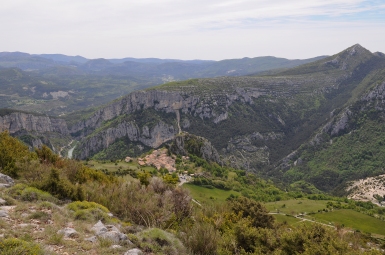 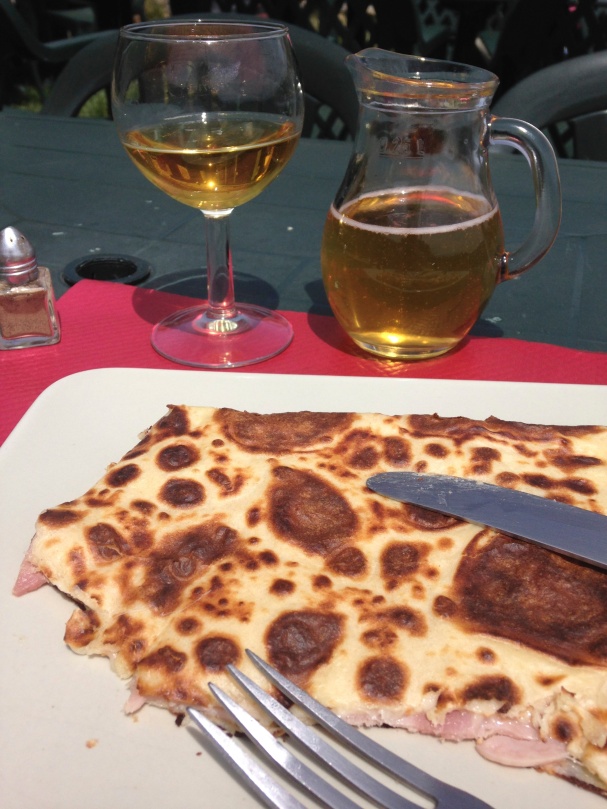 -The view into the gorge from Auberge du Point Sublime: sublime is right. Emerald green vegetation grows over chalky white cliffs jutting out over the bright blue river that winds through the canyon like a snake. The air that day was full of chirping swallows, diving and swooping on the thermals with wings like dark blades, their shapes reminiscent of the fighter jet that had shot overhead earlier in the day and darted out of sight, turning on its side as it went.

-A full day spent walking through the canyon along the Sentier Martel. The meandering path flirted with the jade river below, which pulsed and roared like stadium applause. Scrambling down to pebbled beaches, I stood mesmerized by the formidable current stirring the sediment into milk. I pulled myself along the striated walls worn smooth by centuries of merciless water, using flimsy metal railings anchored in the rock. At one point, I came across a large animal leg that had been ripped gruesomely from its body, and spent a solid hour wondering if France has mountain lions while I studied the high ground for lurking predators… A thrilling day, through and through. 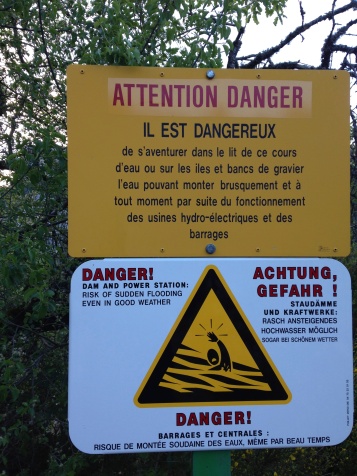 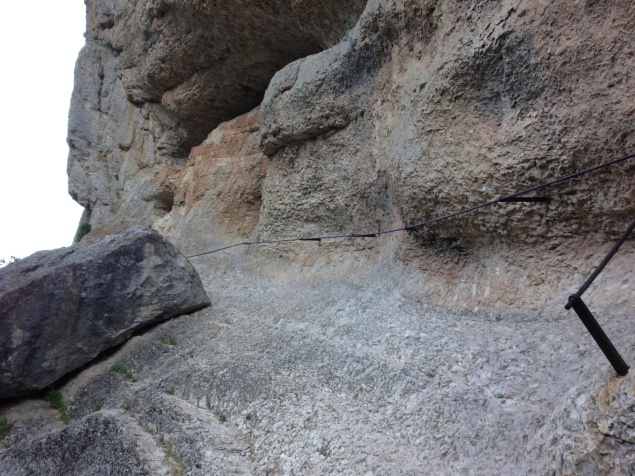 -Smurf Lake (real name: Lac de Sainte-Croix) coming into view as I made my way/fell down the steep, rocky, uneven slopes of the Alpes-de-Haute-Provence. 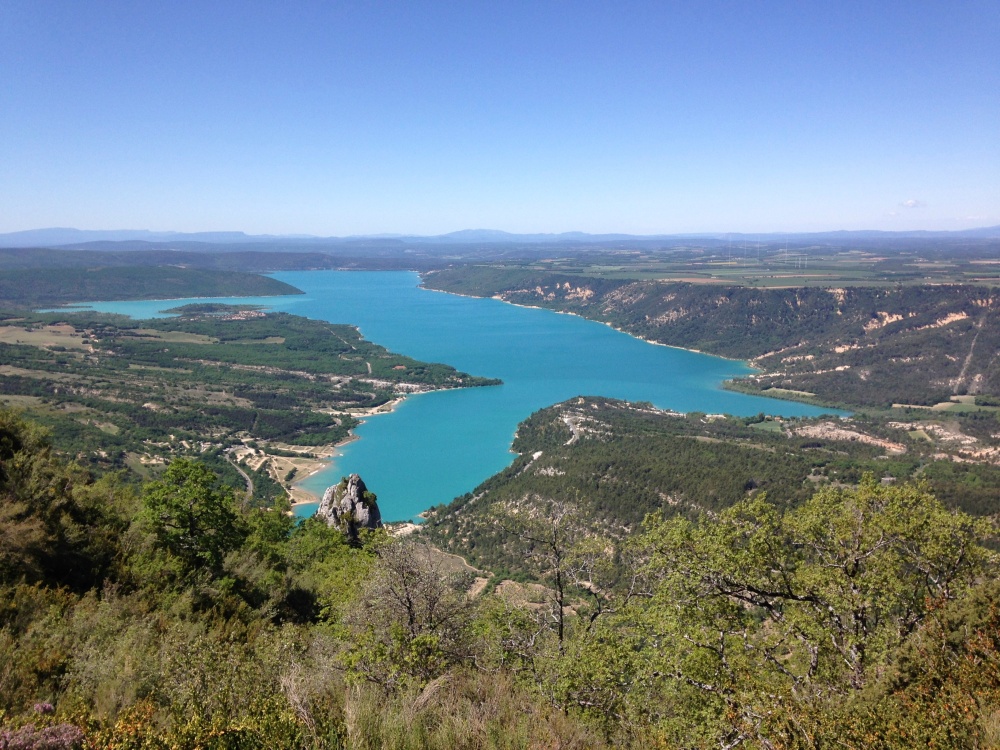 -The hillside village of Moustiers Sainte-Marie, with its cliff-perched chapel, narrow streets – some cobble-stoned – little bridge, and waterfall abutted by houses draped in roses, where I visited a fromagerie and ate goat cheese and lavender honey. 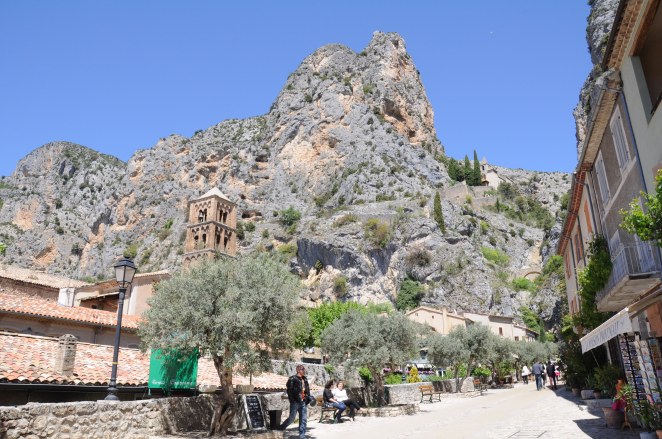 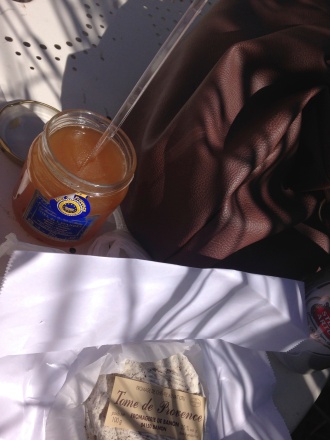 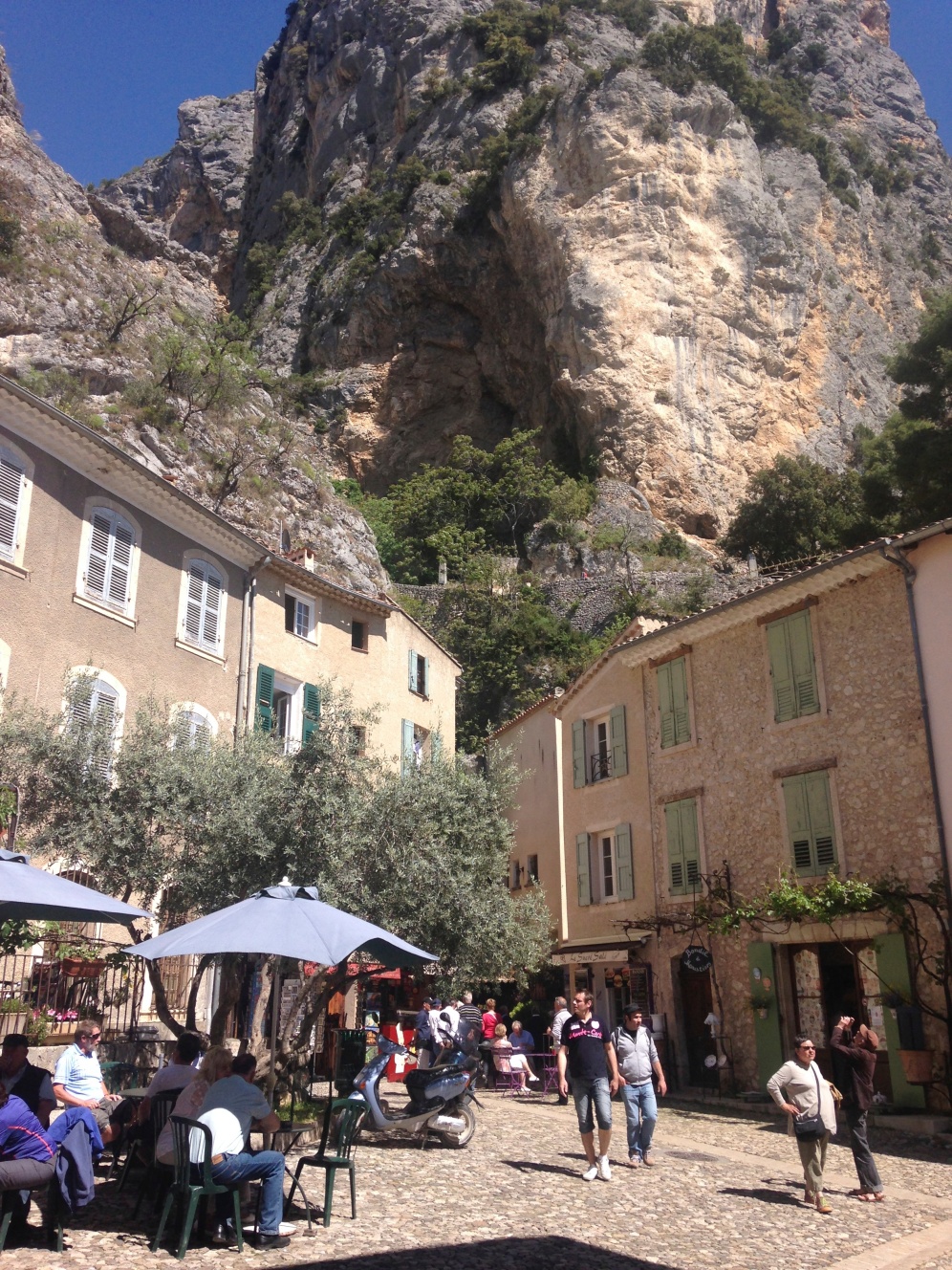 -Getting completely lost in these fields: 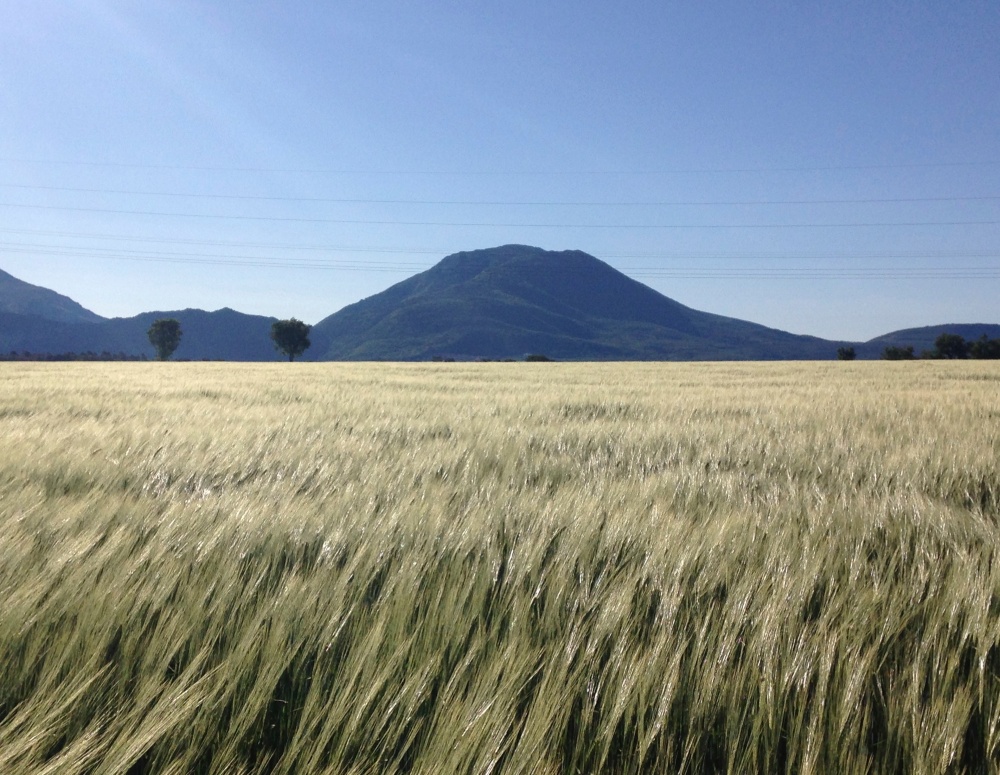 It was one of the best weeks of my life, and awe-inspiring too. How many years must it have taken to hollow out those grooves, for green to grow over those craggy scars? And here I came, ambling amongst them with my porous, squishy, rapidly-deteriorating body while they just sat, evolving and enduring. Mountain and river vs. human is a humbling contrast, one which filled me with cheesy wonder and respect for the land (and also filled me with cheese – it is France, after all). 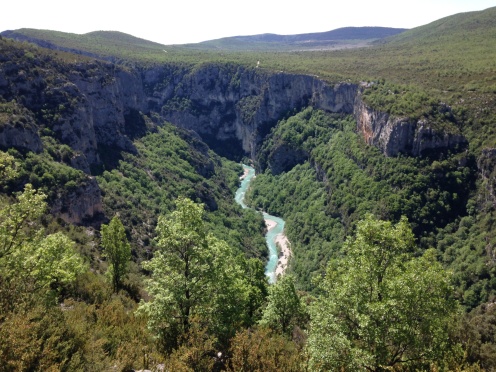 Looking back at the river after climbing out of the gorge… 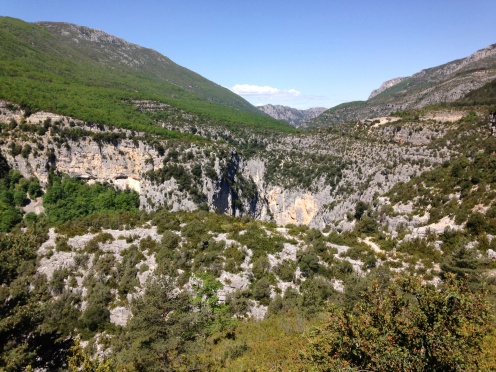 and ahead to the mountains.