During the high season, Edinburgh can feel very tourist-trappy– perhaps this is inevitable in a place widely known for kilts, Harry Potter, and bagpipes. But like some overplayed songs derided by music snobs, Edinburgh’s tourist epicenter is more catchy than trite, and popular for good reason.

Visiting Edinburgh is like stepping into a storybook, but not the amusement park sort of storybook in the style of hollow façades and plastic and wood painted to look like stone. Edinburgh is a lived-in storybook, fantastically beautiful and unapologetically grim, hiding its greatest charms and most twisted secrets not too deep in the shadows while modern life rushes by in between.

I knew next to nothing about Edinburgh when I arrived at Waverley Station for the first time on Halloween night in 2009. Emerging from the station, I saw street lamps lighting the zig-zagging paths up into the main part of the Old Town on its dark, craggy hill. The immediate impression was mysterious and completely magical.

When I reached the Royal Mile, the street running the length of Edinburgh’s fortified hill, I noticed people gathering along its borders. I threw my stuff down in a hostel, grabbed my camera, and less than an hour later watched as performers quietly assembled, garbed in elaborate costumes of paint and leaves and swishing robes, then lit torches and began beating drums to dance down the length of the street in a press of color and sound. I had to do an internet search later to figure out what the pagan hell I’d just been a part of. Samhuinn. 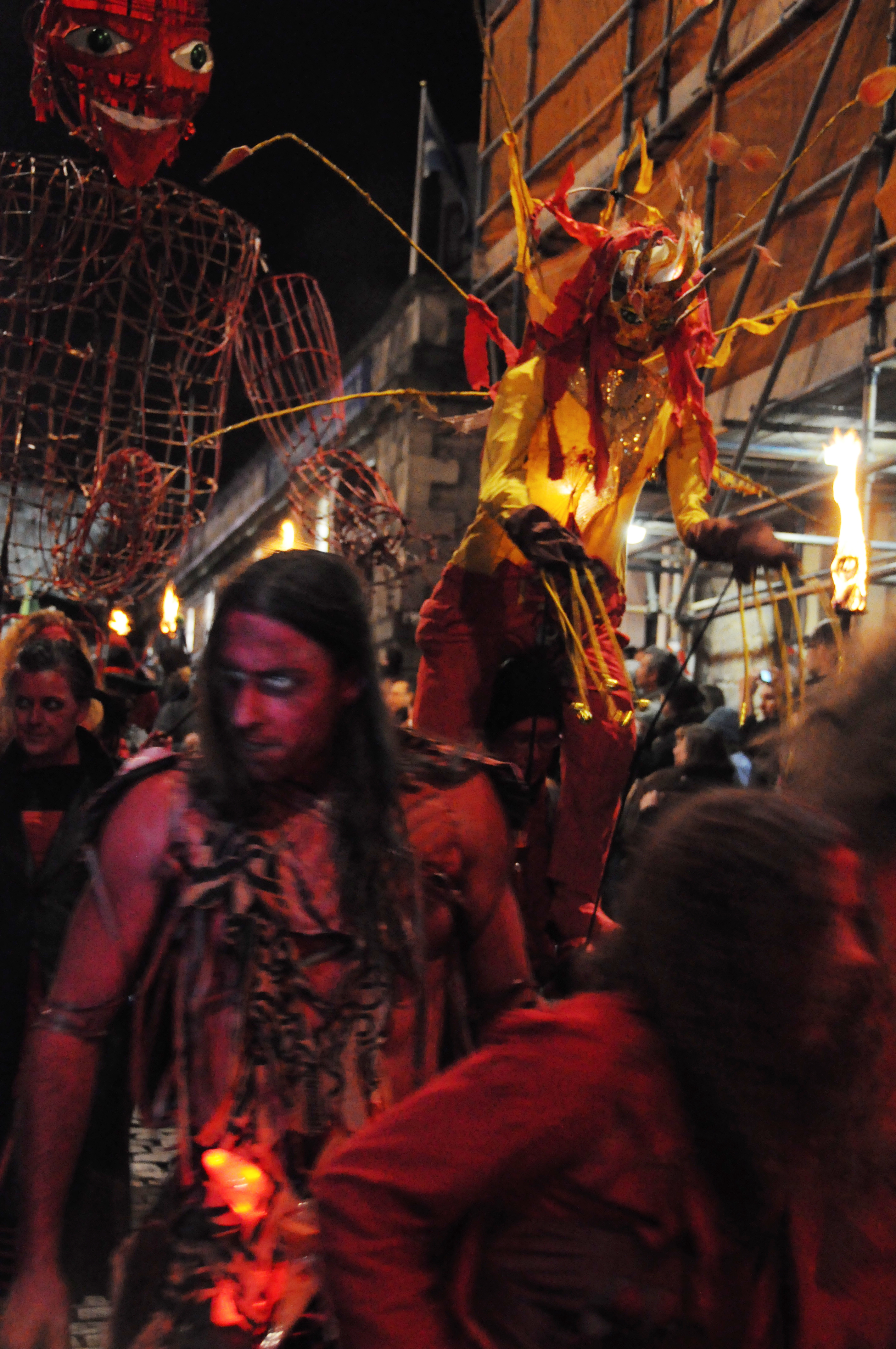 Aside from that annual, free festival, which seems to have become increasingly crowded since I first found myself in the middle of it, here are a few quick Edinburgh highlights:

Logistics: This is a Time Travel post, so I don’t have up-to-date budget suggestions for my fellow residents of Europe. To get to Edinburgh, you can take a train or bus from the south, grab an Easyjet from any number of major hubs, or even ride a ferry from Ireland to Scotland and then jump on a bus from there (if you want to make it part of a longer ramble around the British-Irish Isles). There is plenty of accommodation on the Royal Mile, but I enjoyed the reasonably-priced Castle Rock Hostel enough to stay there several times. It’s in a gorgeous building just next to the castle walls, with fun decor inside and plenty of cozy common areas.

View of Edinburgh from the city’s necropolis 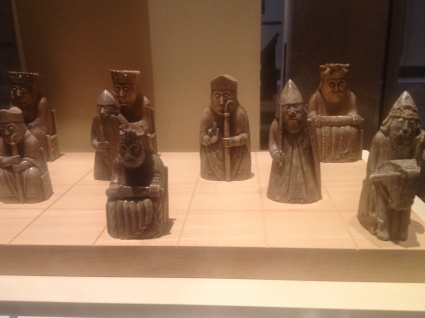 Chess pieces in the Museum of Scotland

Eileen Donan Castle presiding over the intersection of Lochs Long, Duich, and Alsh

I spy someone who had too much fun last night at Castle Rock Hostel…That bust does NOT approve.